Hyperbaric oxygen therapy is a treatment in which the human or animal patient is placed inside a hyperbaric chamber, where they inhale 100 percent oxygen, compared to the 21 percent normally present in the air we breathe. In addition, the air pressure in the chamber is about one-and-a-half to three times that of the normal atmosphere.

During a typical session of hyperbaric oxygen therapy, the patient spends anywhere from 3 minutes to 2 hours inside the hyperbaric chamber. Breathing the highly oxygenated air is believed to reduce swelling, speed wound healing, control infections more effectively, and reduce the pressure caused by injuries to the head or spinalcord.

This medical intervention has been around for humans since the 17th century, but began to be more widely used in the mid-19th century. Some physicians performed surgeries inside hyperbaric chambers, and others used the chambers to treat conditions such as carbon monoxide poisoning, decompression sickness, and stroke. Since then, thousands of hospitals have acquired hyperbaric chambers to treat a variety of medical issues.

Finally, those health benefits are being passed on to animals with more and more veterinary schools and animal hospitals treating patients using hyperbaric oxygen therapy. 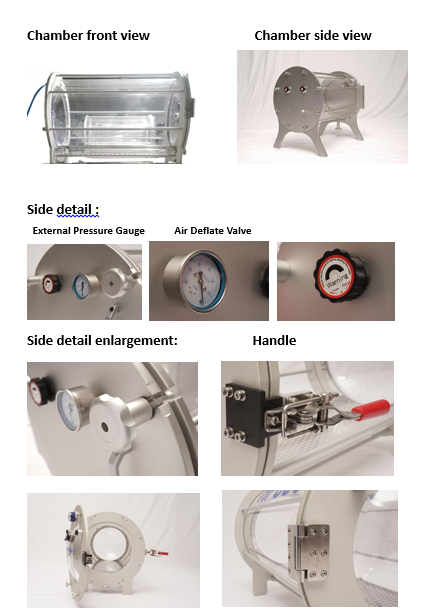 If you have any demand in medical equipment, please feel free to contact cindy@medicalequipment-msl.com and cindy@medmsl.com.